During the early stages of building something, you might feel frustrated in trying to figure out how to execute your idea. Sometimes, this leads to abandoning the task in defeat.

If you are in the middle of a project right now and on the verge of giving up because of frustration, listen to this episode and be motivated to finish executing your idea.

Take a few moments to listen to this episode about how I befriended my own frustration and achieve freedom by having the motivation to just do it and finish what I started.

Taking on the Challenge of Learning How to Build Things 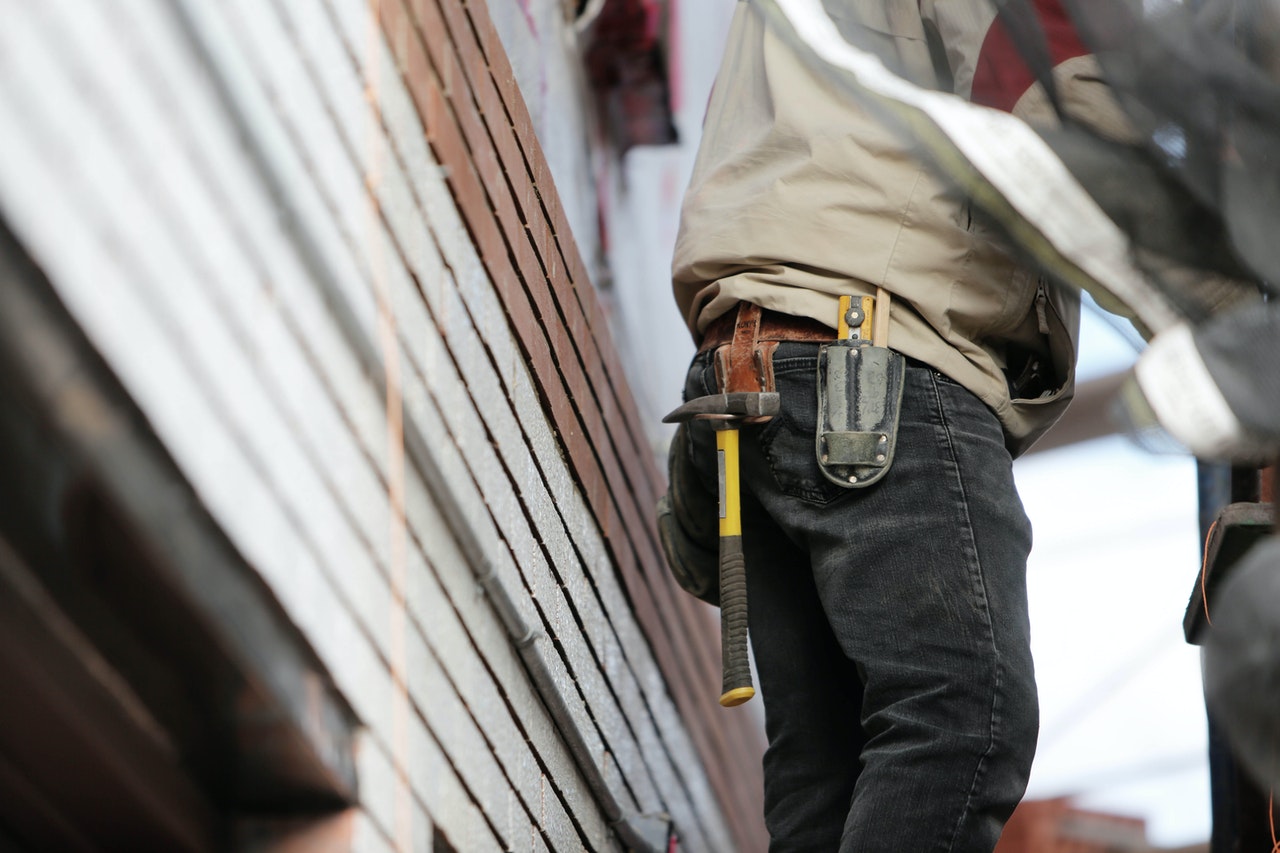 The last few days were mostly fantastic for me and I hope your days were fantastic as well. But recently, there was one frustrating moment for me that I would like to share with you.

I never grew up building anything. But after being married for over a decade, my father-in-law, a general contractor, has taught me quite a bit about building things.

Now, I am not yet able to build a full-on house. However, I am pretty handy now — or so I thought.

If you have been following The Freedom In Five Minutes Podcast, then you know we have moved on this acreage about three years ago. We have only fenced off about five of our twenty acres. But eventually, we will have the rest of the acreage fenced off.

I have been building many things inside this five-acre homestead. A couple of things mentioned in previous episodes were the water system and garden enclosures. These have brought us to the next level when it comes to homesteading and being self-sufficient.

One of the things I needed to build was a feral cat house to ward off squirrels and gophers. I have also mentioned this in other episodes. I wanted to build a shelter for feral cats and take the unwanted cats from shelters — the ones that were too unfriendly to people that nobody wanted. It was either somebody took the cats or they had to put them down.

So, my idea was to build a shelter for these cats. With insulation, so it would be nice and warm. They could use the shelter as a means to live! We would give them food and milk. It would be big enough to have a good amount of them — about four or five cats.

Do Not Let Roadblocks and Frustration Stop You 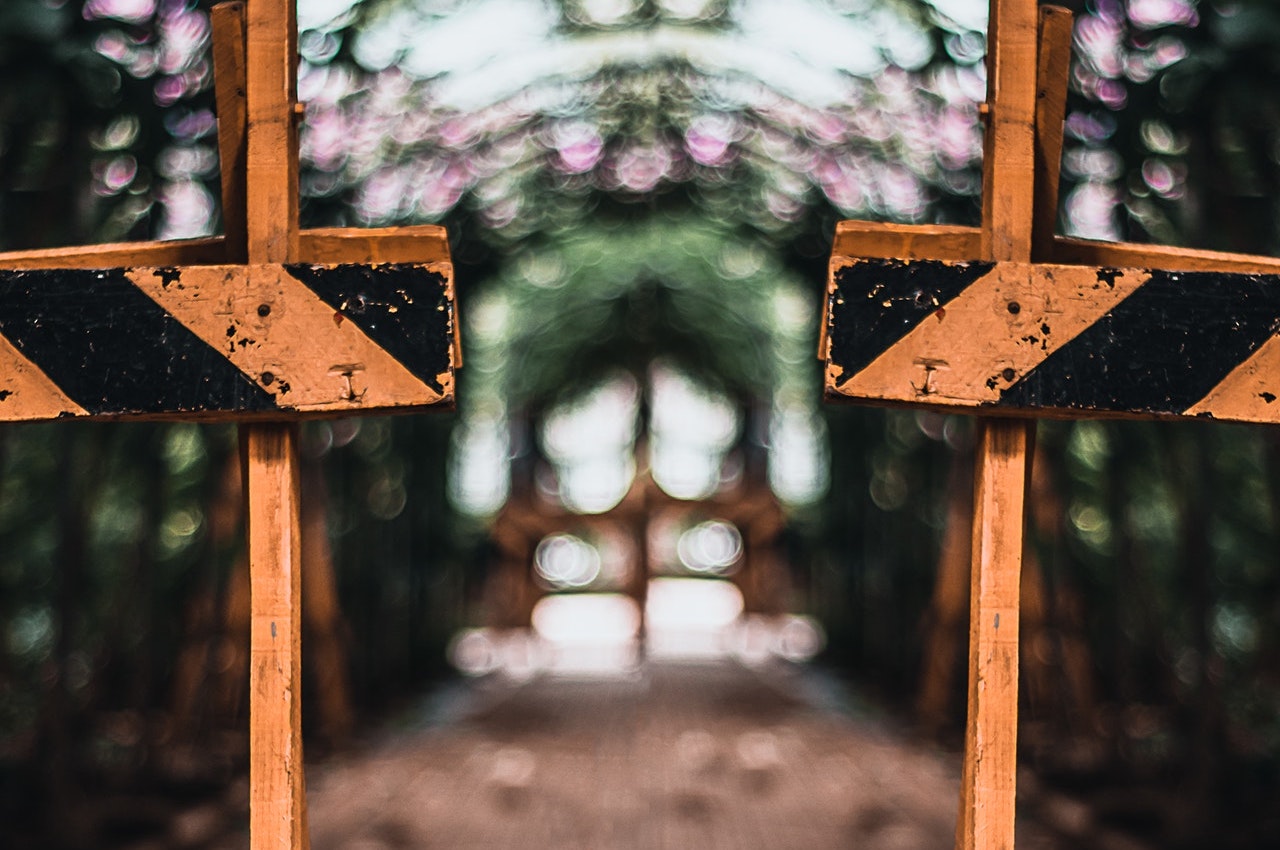 So, I started building the cat house. It was about 4 ft. by 8 ft. The foundations were made of cinder blocks and the flooring raised from the ground to mitigate the cold. And when it rained, the water ran through below so that there would be no corroding on the wooden flooring. Everything went according to plan.

The foundation took forever to do, which was normal. You would want your foundations built as best as possible. And then, I built the floor, and next, the walls.

But when I got to the roof, I realized I had never built a gabled roof before. I could have put some scrap metal roof on it but I wanted to learn how to create a gabled roof. The roof simply had to look like the ones from actual houses. I wanted to do a gabled roof like those and put some composite shingles on as well because if I got a chance to build a bigger structure, I would know how to run those rafters.

I was so happy when I put up the walls it was the most beautiful rectangular object I have ever made. And very quickly, when I realized I did not know how to build a gabled roof, “Oh crap. I do not know what I am doing.”

And I sat there with my frustration, looking at the thing and wondering how to proceed.

Just Do the Task Despite Your Frustration 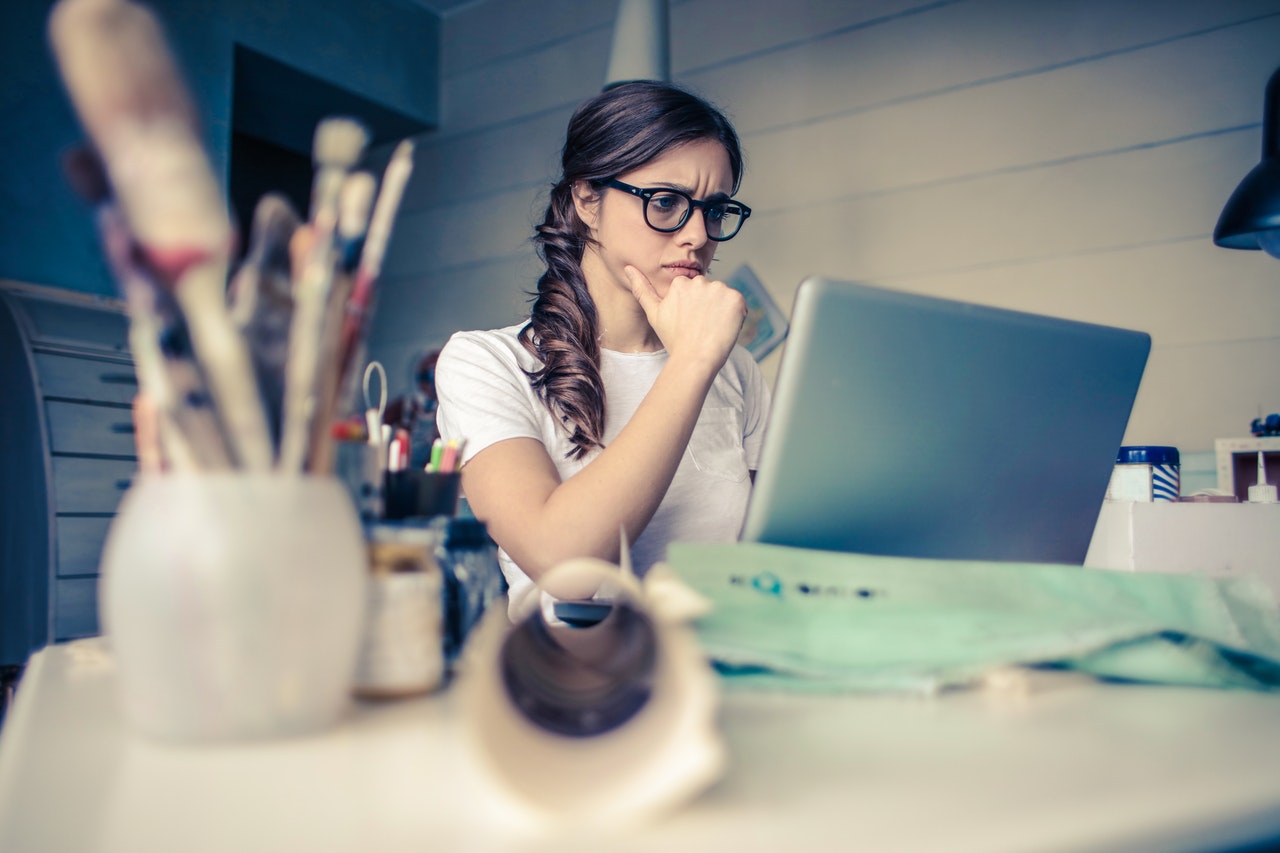 So, I went online and searched for YouTube videos about how to create rafters and how to get the angles right.

I found a four-part video series about building a shed. In the third part, he talked about how to build rafters for a gabled roof. Basically, it was just using the Pythagorean Theorem to find the angle you needed to cut for roof rafters.

I never thought I would use the Pythagorean Theorem in real life. I thought it was just some stupid thing to learn in geometry and forget afterward (a2 + b2 = c2).

So, I started calculating based on the slope that I was going to do, and every foot that I went, my elevation was going to be six inches. Even after I have calculated all my numbers, my frustration still has not ebbed away.

My father-in-law sent me a video, giving me advice. I started getting it but my frustration was such a distraction. A big part of my frustration involved being afraid of just actually doing it and just put it up there.

The last couple of days had been stressful because of this. Of all the things to be stressed out about, it had to be a cat shelter.

One of the things that my father-in-law said — which was totally in line with the concepts that I was dealing with at FreedomInFiveMinutes.com and ProSulum.com — is, “Just do it once and figure out the exact process, Every other instance of that task will be the exact same thing.” 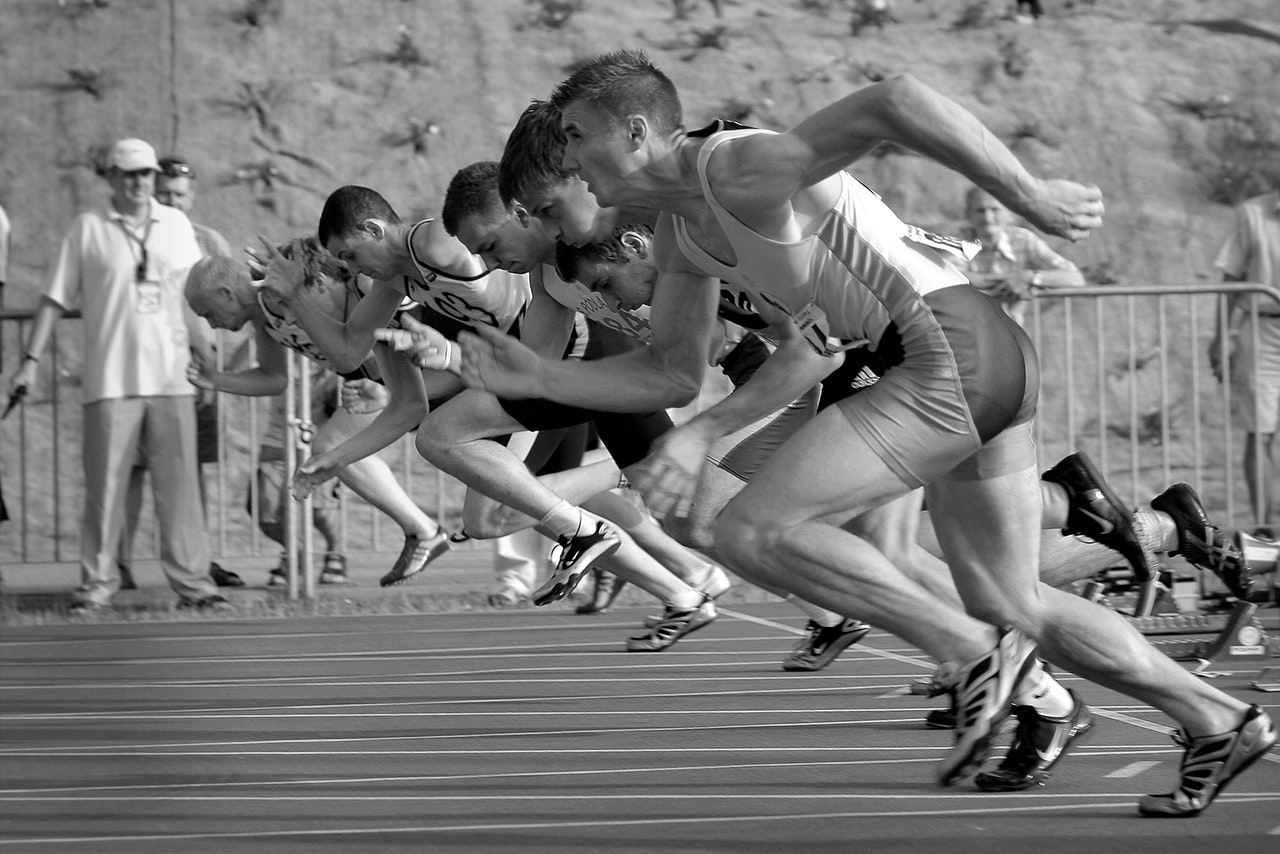 So, I went back to the little cat house and resumed working on it. I positioned the long beam along the length of the cat shelter.

And then, I raised it up twelve inches above the rest of the shelter and I supported it with two-by-fours that were all notched. Once I had put that up, it became the angled cut where the rafters would connect to.

Next, I did all the calculations and did just one cut. Then, I realized that my calculations were wrong and they did not work.

But instead of diving back to frustration, I saw that the angle had a gap and I could use that to estimate how many degrees I needed to change my saw to make the angle work.

I tried it again and It was closer. And then, I tried three more times and found that the degree of cut to make the rafters.

Now if it were just me, I would have done an angle to see how off it was and from there, work on getting closer and closer by changing the pitch used on the saw. But nope, I wanted to do it the right way and I had to get all the calculations properly.

Anyway, I finished the cut and it worked great! I finally found the correct pitch to cut the rest of the pieces. Once I did that, every single other one that I had to do was exactly the same.

How to Spot The Bad Type of Frustration from the Good 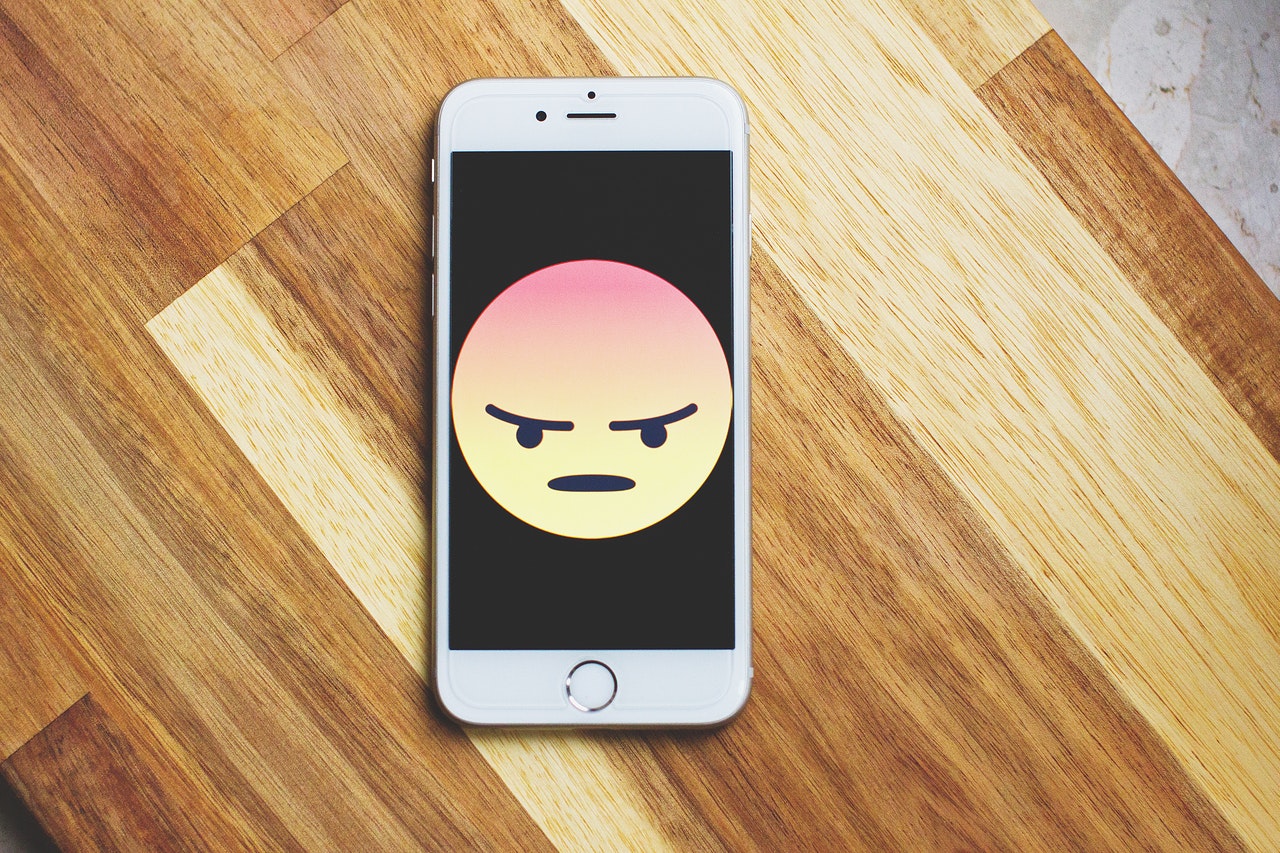 The initial frustration and creativity showed me two things.

First, as the builder and creator, it should be my job to figure out the actual process. I could not delegate it to anybody else.

Although I could pay someone else to do it in most circumstances, I am the one that has to figure out the process and methodologies of how something works.

Second, I was able to delegate the process once the process was done even though it was frustrating at the beginning and took the time to create the process. By then, I could give the angled pitch and let others cut a piece of wood for me with the correct measurements and the job would get done quickly.

This is an important thing because the frustration I felt at the beginning was the same frustration that most business owners feel when coming up with a new way of marketing, advertising, or the structure of operations and processes.

Entrepreneurs are sitting out there thinking about these things. Part of the frustration is the creative aspect of it.

Frustration is not your enemy. It is your friend because the more that you dive into your creation, you get frustrated because of the unknowns. However, once you have pushed through those unknowns and figured out how to build what you want, you can record that process, have it documented, and have others do it.

This week, what type of frustration are you feeling? Is it related to creativity where you do not know exactly what the process is and you are trying to figure out the strategy behind certain things?

Or is it the frustration of doing something over and over again — being the bottleneck in your business?

This is Dean Soto, go check out FreedomInFiveMinutes.com there is a lot of good stuff there. We have masterclasses and a business process scorecard that shows you the exact amount of money that you are leaving on the table if you are still doing all the stuff we have been talking about in this podcast.

And if you have not subscribed to this podcast, go to Google and type in Freedom In Five Minutes Podcast. You will find us on all major podcasting platforms such as Apple Podcasts, Spotify, and Stitcher to name a few.

Do that, and subscribe to get the latest episodes!Also, go check out ProSulum.com if you want to have true freedom in just five minutes a day. And I will catch you in the next Freedom In Minutes Podcast Episode.